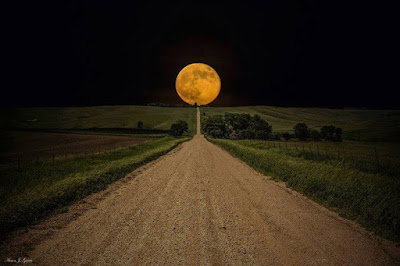 Paul was the greatest leader in the history of the church, but he wasn’t cocky.  He knew he was still a work in progress.  Paul’s days were filled with starting churches, managing leaders, and taking the gospel to everyone in the known world, but he reduced his job description to “one thing.”  We’d interpret his comments in management terms as the rigorous commitment to a singular objective that has two parts: not dwelling on the past, but reaching ahead to achieve the vision of the future.
The past can bog us down in two distinctly different ways: Some of us feel ashamed by failures in our personal lives or in business, and our minds are haunted by those memories.  Every decision we make is colored by our grief and the fear that we’ll make the same mistake again.  Others of us, though, live in past glories.  We’ve enjoyed stunning success, but instead of using our gains as a foundation for future growth, we keep reliving those memories.  Living in the past, whether failed or successful, takes our lives out of focus.  Paul says, “Forget the past and move on.”  As a new year begins, I need to press on. This world, this nation, this life, have so many things that can get me distracted and take my eyes away from the Lord. I pray I will be more intentional in running His race as the new year unfolds. Welcome 2018.
at 12:26 PM 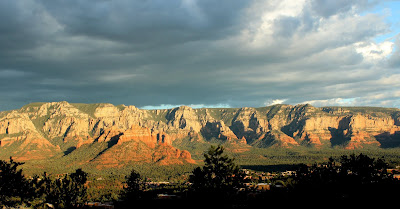 2018 is almost over. This year was an emotional one marked with good times as well as an abundance of tears.
The hard part was the sudden death of my brother-in-law Mark. He was diagnosed with cancer in early March and within 29 days passed away. He had turned 65 a few months earlier, not been ill, not had any symptoms, and was loving his retirement. Then gone. I spent many weeks in Ohio throughout the year helping my sister Debbie work thru her grief and all the “stuff” that takes place after the loss of a spouse.
The good news of the year is that I retired completely from my pharmacy career at the end of December, 2017. It was time. Too many changes happening in the profession, so many new drugs, laws, regulations, insurance issues to keep up with. I wasn’t enjoying it anymore. 40 years was enough. The timing was perfect (although I didn’t realize it then) since I was free to go to Ohio and help my sister and family as long as needed. I have totally enjoyed retirement ...no regrets.
Mike loves retirement and has had a successful year with his lawn and landscape projects. Our yard resembles a small private park thanks to his labor of love. Exquisite!
We both continue to enjoy hiking,  jeeping and living in Northern Arizona. Tons of  beautiful places to check out within a days drive of Sedona. We plan to do more “exploring” this coming year.
I turned 65 this fall and am now a Medicare recipient. Hard to believe!
I am grateful that Mike and I are both pretty healthy, all things considered.
As this  year winds down, I am reminded to embrace each day as if it may be my last one and to love the people that are in my life whether they are agreeable or not. Cookie, at 16+, is still my little senior bundle of joy.


Thanking the Lord for a difficult but blessed year.
Have a Wonderful Christmas season! 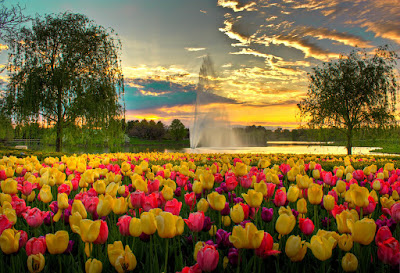 Lo, the winter is past, the rain is over and gone.  The flowers appear on the earth; the time of singing has come, and the voice of the turtledove is heard in our land.  Song of Solomon 2:11-12
Romantic relationships, as well as our relationship with God, go through seasons.  Sometimes, we feel as if we’re in the midst of winter, mustering the discipline to keep going even through there’s little warmth.  The deadness of plants in late winter symbolizes the barrenness of our hearts, but it doesn’t last forever.  Soon, the first signs of spring appear, warmth returns, and hope fills our hearts.
We can learn a lot about walking with God by observing mature marriages.  They begin with the heat of passion and the idealism of pure love, but when the honeymoon ends, reality hits husbands and wives hard.  A time of reassessment is necessary but challenging.  If they fail to rebuild their relationship based on realistic expectations and good communication, the marriage becomes an empty shell.  However, if the winter of discontent ultimately leads to richer conversations and deeper affection, the marriage flourishes as never before.
In the same way, many of us began our Christian experience with great joy and high hopes.  In those early days, God gives us wonderful experiences to confirm our faith. Then sooner or later, He may choose a more difficult curriculum for us.  Struggles, disappointments, and misunderstandings about the nature of the Christian life threaten our fledgling faith, but the winter season provides the opportunity to go deeper and grow closer to God.
In the seasons of the year, in romantic relationships, and in our walks with God, the beauty of spring doesn’t come without the dormancy of winter.  If we develop greater trust when it’s cold and dark, we’ll experience more love in the warmth of spring. (-Zig Ziglar)

February 15,2018. Sometimes unexpected life circumstances  hit me in my gut, taking my breath away, bringing me to my knees, causing me to look up and ask the Lord, "Why?".  Today is one of those days. My sister Debbie just found out that her husband Mark is full of cancer and it has moved to his brain.
So many questions flood my being. Mark had just gotten a clean bill of health after having a multitude of tests run. He had broken his collarbone a month or so ago, and then a couple of his ribs. The doctors didn't know what caused that and put him through numerous tests...x-ray, blood work, bone scans, cancer tests, on and on. Verdict, nothing wrong. Good to go.
Since he was still having some pain, the doctor gave him muscle relaxants and pain meds. After taking 3 days of the muscle relaxant he became delirious, hallucinating, slurring his speech and unable to walk. I told Debbie to stop the drug and wait. After 48 hours he was clear thinking again and feeling pretty good, but still unable to stand up and walk. Two more days passed and still not able to walk.
Debbie had the ambulance take him to the hospital this morning for assessment. Why can't he walk?
CANCER.  Everywhere.
What about that clean bill of health????

They have both been thru so much. Debbie's ex-husband being in a car wreck that left him in a coma for six months, and then brain damaged. She nursed him back to health for several years until he became violent.  Her son Billie who was born with a chronic condition had to go thru numerous surgeries from the time he was a child. She cared for him for years. He died at 18 due to complications. Now, Mark.
The Lord deals us each a different hand. A hand that He wants to use so that we may come to know Him up close and personal in our circumstances and glorify Him. His ways our perfect, even when things seem so devastating and beyond comprehension.
My heart breaks for them and the pain they are experiencing. Mentally I know we live in a fallen, depraved world. A world where satan is prince. Where life is really a blink of the eye. Eternity looms ahead. Forever.  Our destiny is in the Lord's hands. Christ my Savior has promised me and inheritance with Him. What could be better? Nothing.  In my earthly circumstances I still cry out....Why?


Meanwhile, I pray for the salvation of my loved ones..... 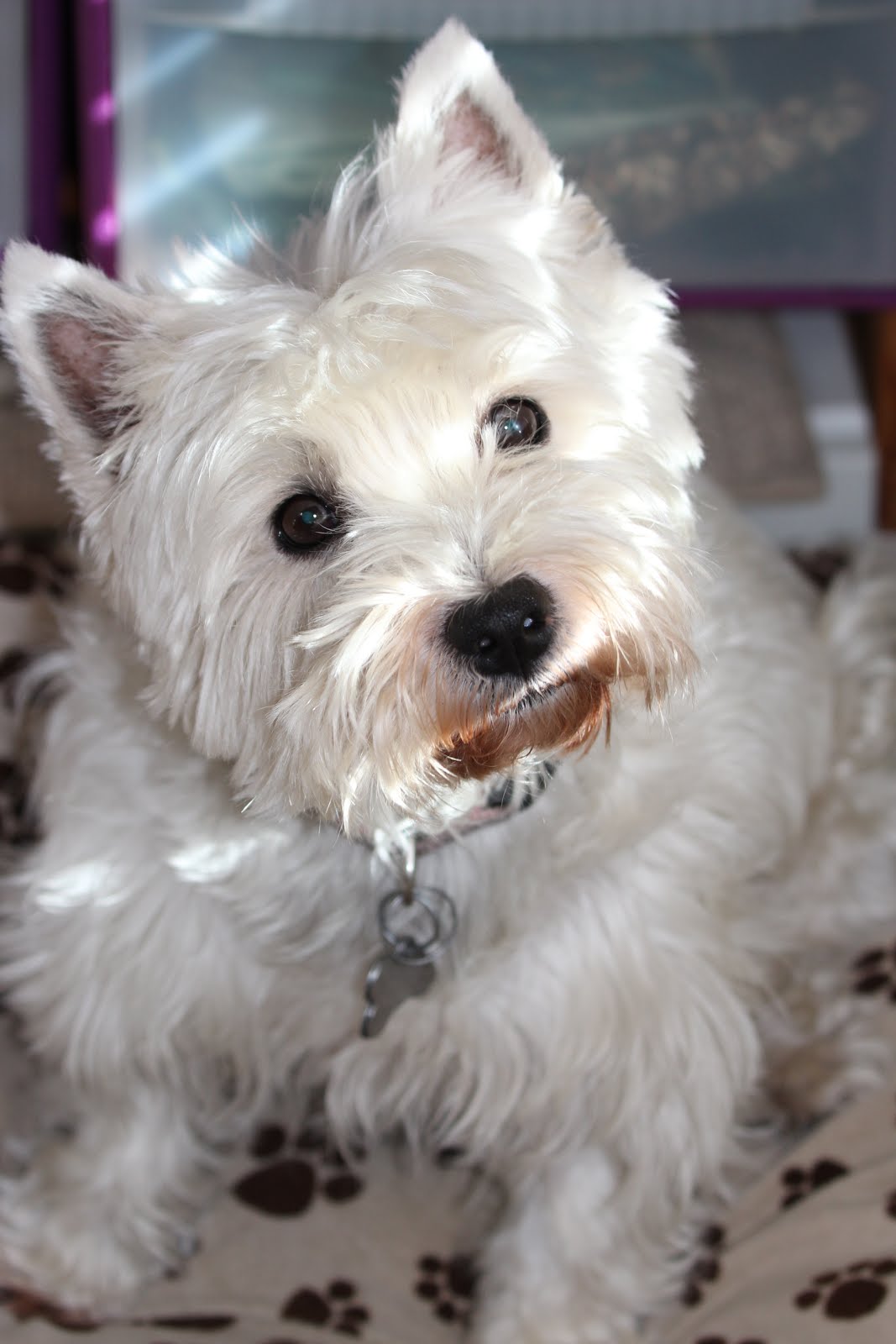 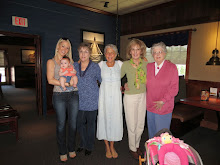 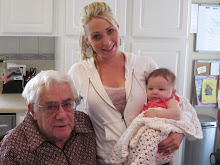 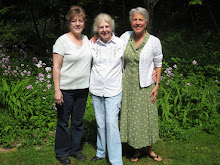 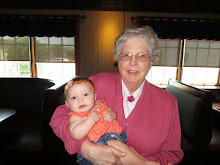 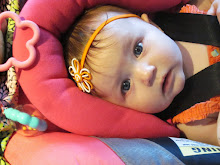 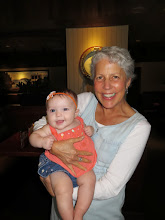 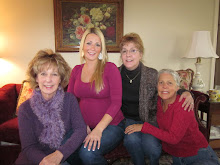 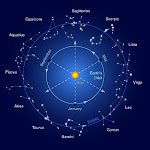